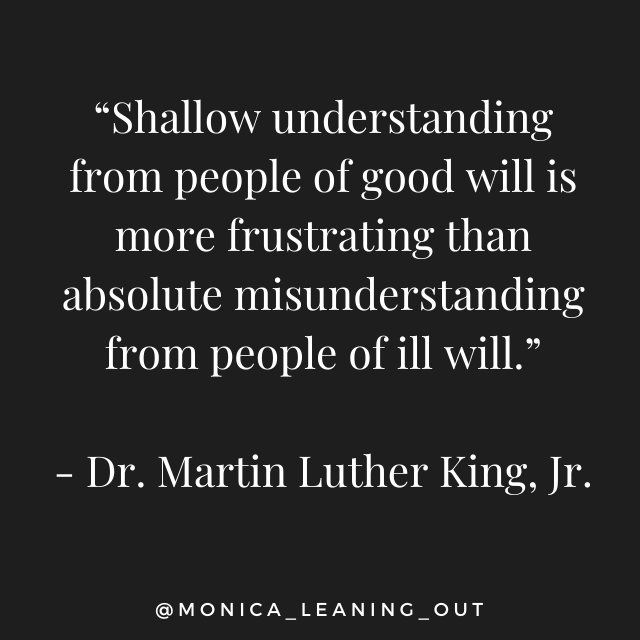 I usually scroll past political posts and articles, and I was reluctant to say anything about the current turmoil in our country because it feels a bit band-wagon to be doing so right now.

But something has changed in me personally this past week and it’s this evolution in my own understanding – this “ah-ha” moment that took 37 years for me to have – that I want to share with you.

I’ve always been proud of “not seeing color.” I felt bad about Black lives being taken at the hands of “a few bad cops.” I (thought I) understood the Black experience but I would also get really upset about the rioting and looting.

But what I’m (shamefully just now) starting to realize is that millions of apathetic people like me is way more dangerous than “a few bad cops” or even a band of white supremacists.

I am just as much part of the problem, if not THE problem. And THIS IS WHAT BLACK AMERICA HAS BEEN TRYING TO TELL ME.

I’m now realizing I actually MUST SEE COLOR. I actually need to directly acknowledge it. I’m finally understanding why retorting “ALL Lives Matter” is perpetuating the issue, and why it is imperative that we specifically say BLACK Lives Matter. I finally realize that these rioters and looters feel so desperate, so dismissed, that they feel their only choice, the only way they might FINALLY BE HEARD, is by rioting and looting.

Within my Leaning Out platform, strangers often call me PRIVILEGED and my gut reaction is DEFENSIVENESS, trying to argue I’m not privileged. But I’ve been trying to better understand what it means to be privileged and I’m realizing is I don’t have to feel guilty for being privileged but I do have an OBLIGATION TO USE MY PRIVILEGE to over-correct for the inequalities that exist in our system.

And I’ll be honest. I don’t yet know how to do that. But I’m actively looking for ways to do so.

I often say that “nothing I ever do will be more important than the job I have raising three decent human beings.” So for now, I’m starting there. I’ve bought age-appropriate books for my kiddos that will enable DISCUSSIONS not just about differences in people’s skin color, but about the INJUSTICES IN OUR WORLD and how we, as privileged white people, have to help break those down.

It’s this second part that I think was MISSED BY OUR PARENTS as they tried to teach our generation about racism. I’ll call it the “Sesame Street effect,” which was this beautiful but OVERLY-SIMPLISTIC idea that, as long as we respect those who are different than us, the world is fair. As a result, our generation of white middle class Americans are walking around telling ourselves we’re not the problem because we “don’t see color,” we “have Black friends,” etc. But this response makes the problem WORSE because it dismisses the existence of the systemic racism that has built up in our country over centuries.

If we started with this fundamental ideal of equality HUNDREDS OF YEARS AGO, we might not have the problems we’re now dealing with, and that simplistic ideal would’ve been all we needed. But it DIDN’T start that way and claiming now that “I don’t see color” is like putting a BAND-AID ON A BROKEN ARM.

In Leaning Out, I describe a framework I use to determine whether or not I’ll do something:

It’s a model that works for everything from accepting a promotion at work to visiting your in-laws for the weekend. And what I’ve realized over the past week is, it also applies to my role in social activism.

When these issues surfaced in the past, I used to conclude it was something OTHERS WANTED ME TO THINK was important.

But this recent cry for support from the white majority has really struck me. Now I’m finding that being proactively anti-racist is SOMETHING I WANT TO DO and SOMETHING I THINK IS IMPORTANT.

I’ve realized it’s not okay to Lean Out of the issues because I’m non-racist. Now is the time to LEAN IN and be ANTI-RACIST.

Get the book on Amazon! 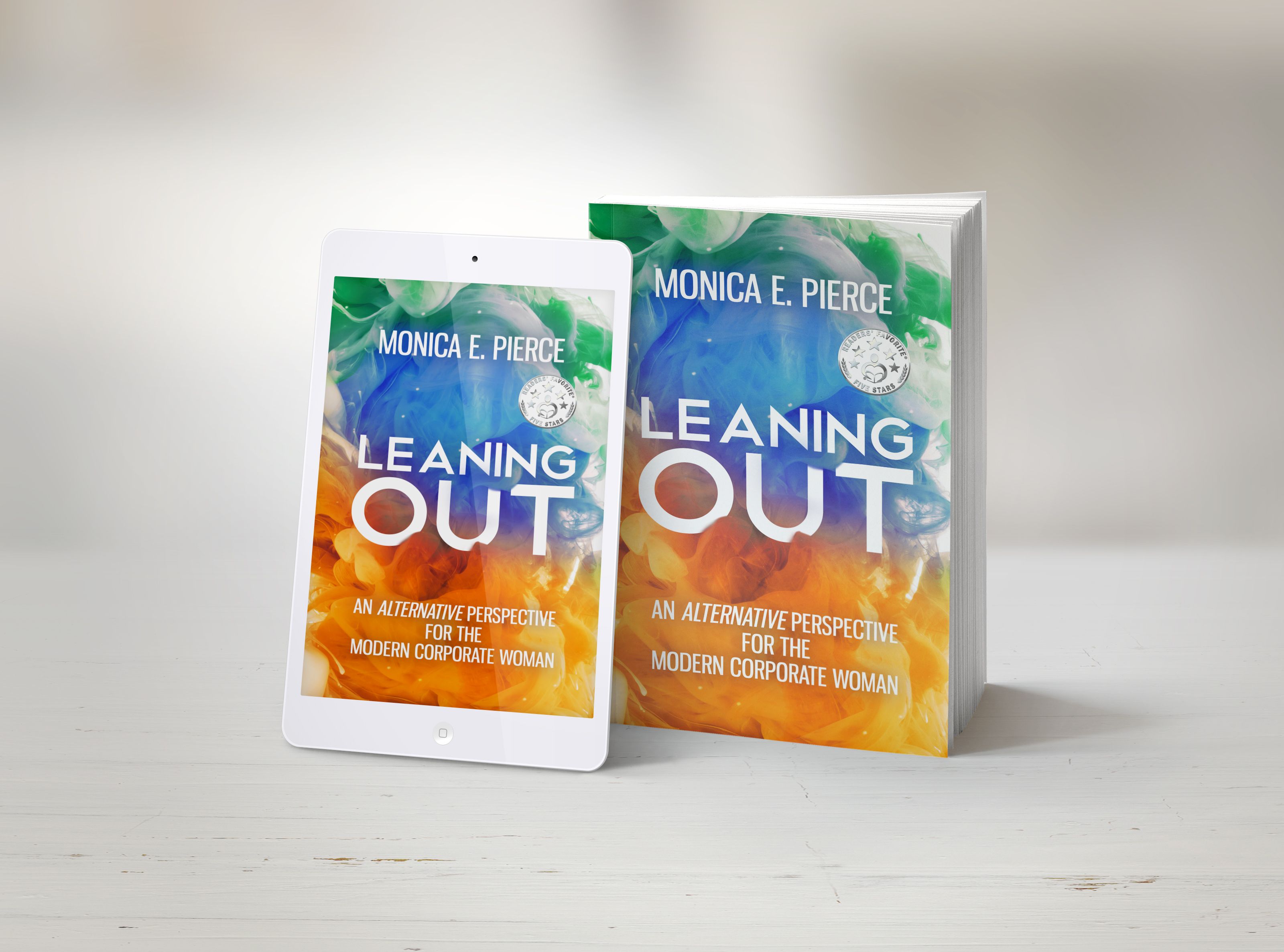 My journey of #selfdiscovery continues... 🌅 Second lobes plus a pair of helix #piercings!👂🏽
LEANING OUT has won the 2021 #EricHoffer #bookaward in Self-Help!
Have to share this awesome graphic by @lizandmollie because it perfectly explains why so many of us choose to Lean Out of our careers.
I'm absolutely loving @jayshetty ‘s new book, Think Like a Monk 📚 So many parallels to Leaning Out!
LOVING my new #workingmama mug from the amazing @confessions_of_a_corporate_mom !
Our generation is fortunate to have been told often that we can “be anything we want to be”. 💪

What Does Leaning Out Mean?